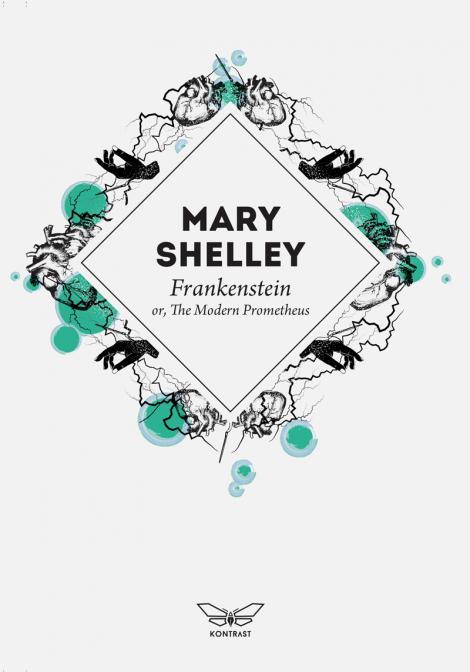 Frankenstein; or, The Modern Prometheus

“If I cannot inspire love, I will cause fear!”

Few creatures of horror have seized readers' imaginations and held them for as long as the anguished monster of Mary Shelley's Frankenstein. The story of Victor Frankenstein's terrible creation and the havoc it caused has enthralled generations of readers and inspired countless writers of horror and suspense. Considering the gothic novel's enduring success, it is remarkable that it began merely as a whim of Lord Byron's. "We will each write a story," Byron announced to his next-door neighbors, Mary Wollstonecraft Godwin and her lover, the romantic poet Percy Bysshe Shelley. The illustrious poets failed to complete their ghost stories, but Mary Shelley rose supremely to the challenge. With Frankenstein, she succeeded admirably in the task she set for herself: to create a story that, in her own words, "would speak to the mysterious fears of our nature and awaken thrilling horror — one to make the reader dread to look around, to curdle the blood, and quicken the beatings of the heart."

Shelley's suspenseful and intellectually rich gothic tale confronts some of the most important and enduring themes in all of literature – the power of human imagination, the potential hubris of science, the gulf between appearance and essence, the effects of human cruelty, the desire for revenge and the need for forgiveness, and much more. 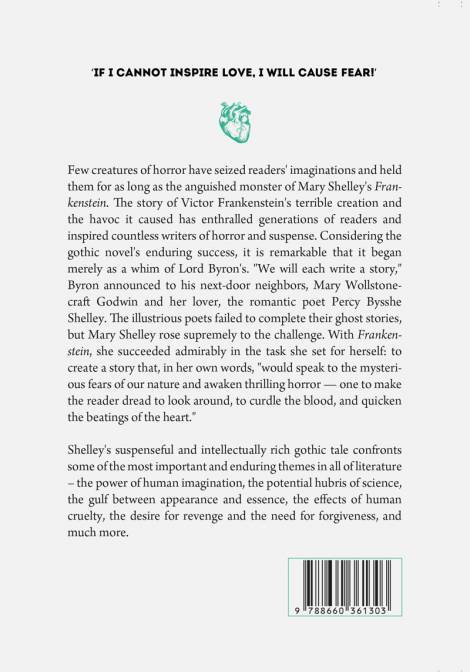